A tsunami of western weapons have been flowing into the Ukraine, not only since 24 February, 2022, but since advent of conflict in 2014. Today we are looking into three interconnected stories:

We will find, for example, that in a mere five months (January to May, 2022), the USA alone had donated military hardware to the tune of $26bn to Ukraine, which is approximately 55-60%, of the total $41 billion, the whole African continent spent on arms in the year 2019-20 (according to DefenceWeb). 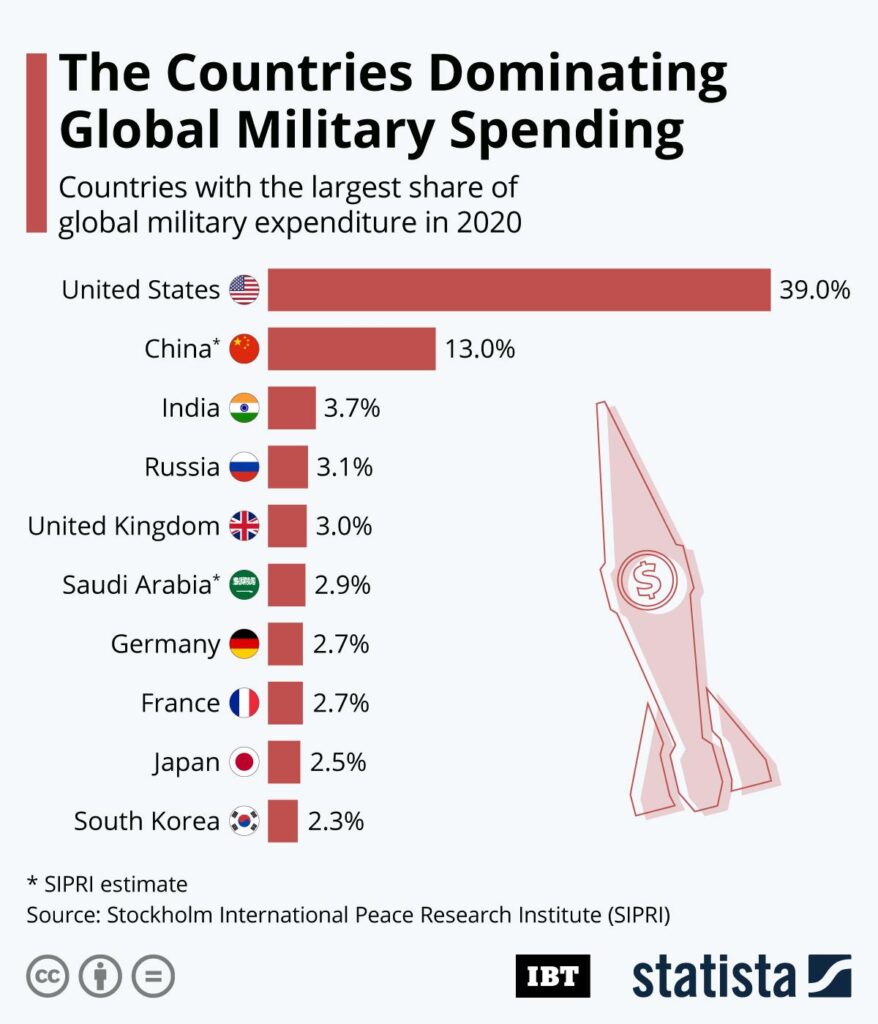 Today we are talking hard numbers. Numbers of weapons, and numbers of money thrown at arms manufacturers by states as they bolster, boost, and maintain military posture and readiness. We take some indicators from SIPRI, the Stockholm International Peace Research Institute. These numbers lays the foundation for us zooming in on the western weapons, and money for weapons, washing over the Ukraine like a rather metallically explosive tsunami.

It is of course obvious that as world reserve currency, with mega money printing in tow, the USA can of course dominate global military expenditure like this!

2. Data on military support and western weapons washing over Ukraine

Anyone interested in following the numbers of weapons and money for weapons washing in, the Ukraine Support Tracker – by the Kiel Institute, provides very detailed data.

ZeroHedge indicates that the USA alone delivered: “Almost $26 billion in military aid was pledged up until the given date, according to the Ukraine Support Tracker by the Kiel Institute for the World Economy. This number will soon rise even more as a new $700 million military aid package by the U.S. was announced on Wednesday night, including 1,000 Javelins and rocket-launcher systems.”

For some context, SIPRI indicates that while NATO nations have note yet intervened directly in Ukraine, several countries have contributed to the “defence of Ukraine” by financial, humanitarian and military aid means.

For some context, let us look at total estimated military expenditure by the whole AFRICAN Continent. Defenceweb, in 2020, indicated that:

“Over the last ten years, African military spending grew by 17%, rising to $41.2 billion in 2019, according to new research from the Stockholm International Peace Research Institute (SIPRI).”

This means that in the space of a mere five months, between January 2022, and May 2022, the USA donated more than fifty percent of the total African spend on arms for the year 2019, to Ukraine. 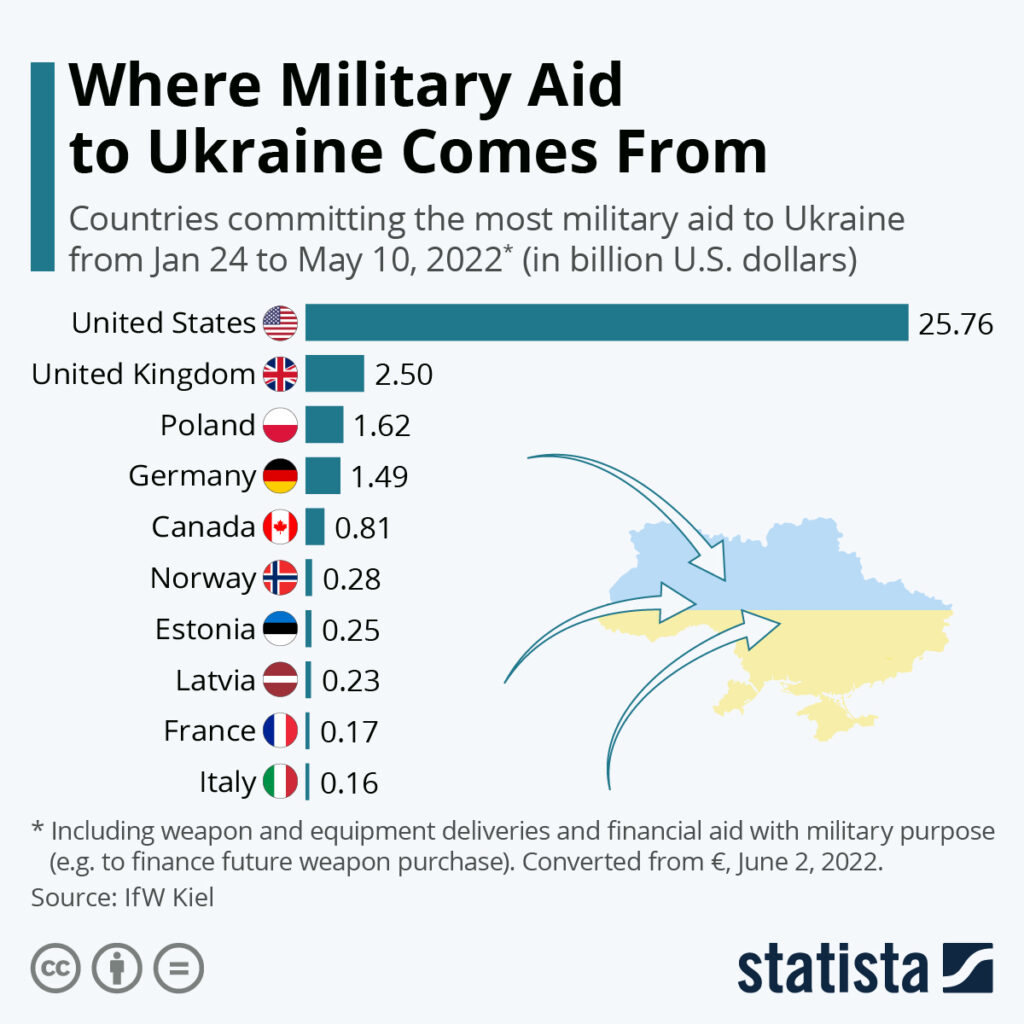 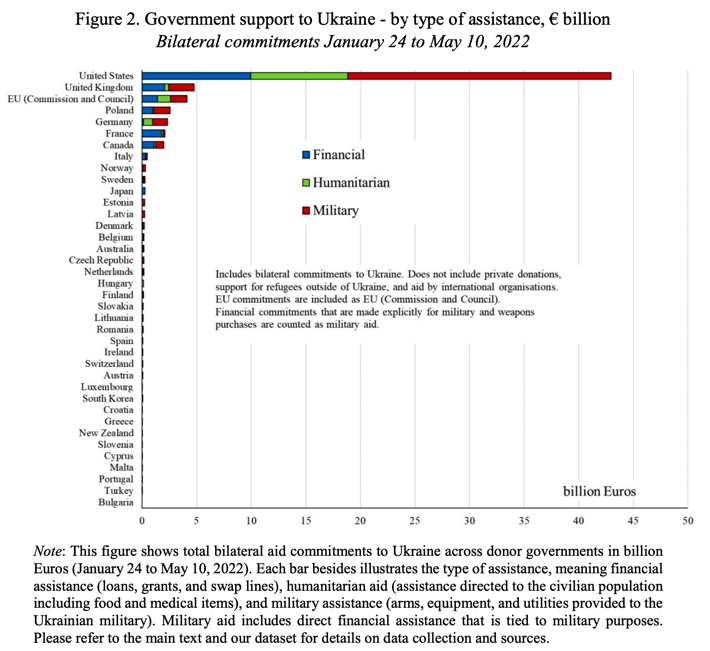