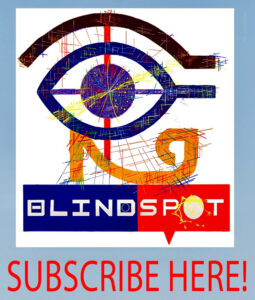 During March 2021 the Institute of Directors of South Africa (IODSA) invited me to give a talk in one of their Boardroom Bytes sessions. This presented an opportunity to explore, and map out some of the challenges political, social, and economic risk analysis runs into, when presented with conditions of non-marginal change, or alternatively – systemic instability, or disequilibrium.

The events that erupted on South African political shores since the imprisonment of former President Zuma, the subsequent attacks on the economic, political, and social stability of the polity, have indeed led to the dawn of a period of protracted non-marginal change.

The destruction of supply chains and infrastructure has by now, somewhat belatedly been called ‘acts of economic sabotage,’ by government. Nevertheless, however much political and societal leaders might want to condemn acts of looting as criminal actions, it is ultimately the deep and terminal divisions in the ruling African National Congress (ANC) that had led to the current tipping-point the nation is faced with.

At the time (March 2021) in the IODSA webinar I argued that the Covid-19 pandemic’s global social and economic impact had already pushed systems to the edge of disequilibrium (e.g. lockdowns, asymmetric monetary interventions by central banks, breakdown of supply chains etc).

Looking at events in South Africa since last Friday, exactly a week ago, it is clear that political, social, and economic risk assessments, in the South African context, can from here onwards not assume that the ‘system’ (in this case, specifically the SA system) is in a state/condition of equilibrium.

With supply chains in KZN destroyed, and neighbourhoods organised & armed to protect their ‘own’ against lawless looters, (with the SANDF, and SAPS still glaringly absent from active sites of looting) it is clear that non-marginal conditions of change, and systemic disequilibrium is the ‘new South African Normal.’

The state, the constitutional “order” and significant portion of the economic eco-system stability has been compromised at several levels! I am continuing to explore the below theme of the need for dynamic asymmetric risk assessments to better engage with, and respond to non-marginal conditions of change, coupled with the implications of system-wide instability.

Below is a link to the Youtube recording of the webinar. The issue of non-marginal change, and resulting impact on political, economic and social risk assessments is an area of specific expertise to be further investigated in the Blindspot corner.