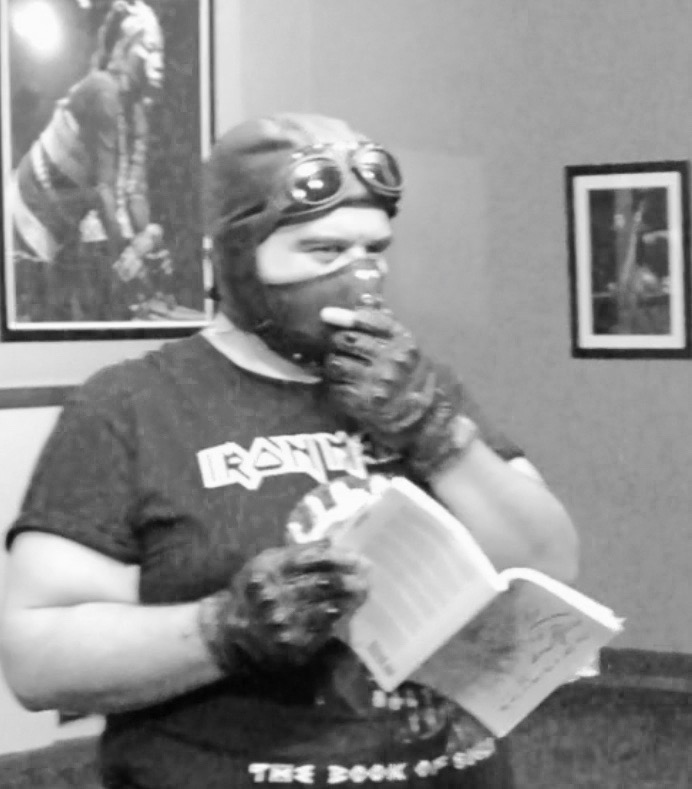 Buiteboer is an Outfiltration Technician. Meaning that he finds ways of dislocating consciousness from the here and organic now of planet earth, to outfiltrate (in)to intangible spirit, or, off-world & other imaginary realms. It is in those uncertain tween-state No-Go Zones that his stories sniff out uncanny and unlikely imaginalities (imagination + reality = imaginality). It is as a result of these movements between the realms that his art autogenerates around pen sketches, photos, stories, and sometimes books. The art of Outfiltration Buiteboer has mastered over the decades, allows him to step into and infiltrate the ‘outer worlds’ (the material world of the here and now under your finger nails) through the mirror of sunrise. But finds surreptitious ways of slipping through the thin crack of a sickle moon, on a dark night, to outfiltrate into the ‘inner worlds’. Like the Ancients of Egypt, he believes that it is indeed above, as it is below.

This also means that, as it is in the inner world, it is in the outer. Furthermore he is not a car mechanic, even though he can have serious Zef moments with a V8 engine, and in future, will always be a Boer. In Zulu he is known as iBhunu Ngaphandle. The latter is because, when he was about fifteen he had, on a hot summer afternoon, under the thick shade of a thorn tree, asked his father the following question: when you were my age, and someone asked you, are you a Boer, or, an Afrikaner, what would you have answered? His father looking at him from over the top of the book he was reading, posted a confused frown on the brow for a moment, and then without hesitation said: ’n Boer, natuurlik [of course]. Hence, the identity label has stuck like decal sticker ever since, albeit taken from a somewhat outsider/permanent exile approach.

Buiteboer can also be introduced as someone who was raised in a geographic outcropping of Zef-Ville in the North-Eastern regions of Azania’s capital – Praetoria. He therefore hails not only from the gang-lands of Praetorian Zef, but, has also in the course of time crossed borders into- and out of more than thirty African countries, and, there are only two continents on the planet where he has not set foot, yet. As curious cat among the pigeons, Buiteboer’s name, if unpacked in his native tongue, Afrikaans, already tells a story of its own. Buite – Outside, and Boer – basically referring to the ethnic name attached to a settler tribe that fought two brutal wars of independence against the British Empire in the late 1800s. He is a Boer from the outside, a Bittereinder Buiteboer always exploring in places where the mist of myth overlap with terra firma- and incognita.

Buiteboer can therefore best be described in words from Kashmir, a Led Zepplin song:

“I’m a traveller of all kinds of space.”